Just in front of Numazu Port is the Baird Taproom. Once you step inside, it feels just like a brewery pub at fisherman’s market abroad. There are stately brick walls and finely crafted wooden tables. From the window, there is a scenic view of the port and the market. 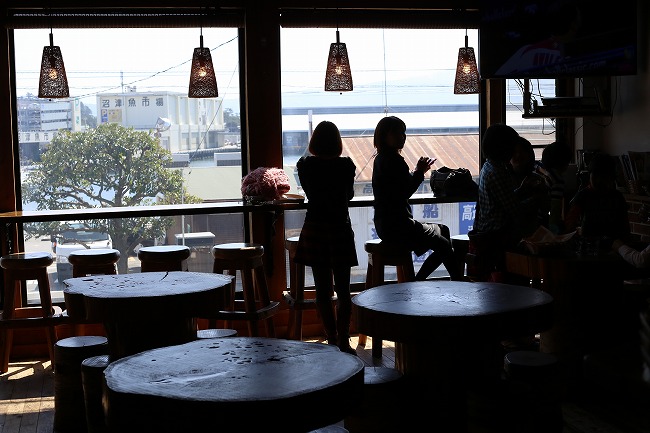 The stools are handcrafted Myanmar wood and no single one is alike.

At the counter, I ordered a craft beer, paid cash, and sat down.

There are usually about fifteen types of beer available at the counter. 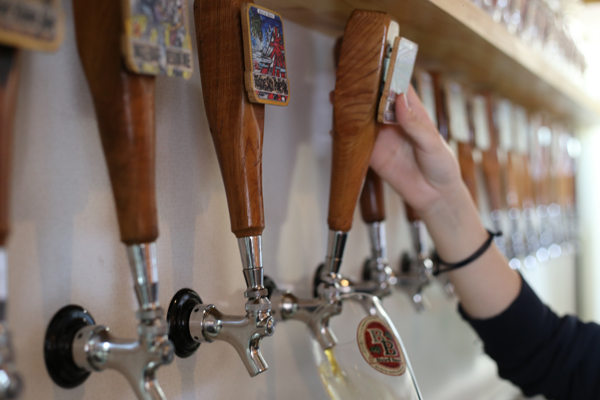 Some beers are seasonal. The current one is “The Carpenter’s Mikan Ale (alcohol 6%). It has a fruity taste as soon as you drink it.

There are many seasonal fruit ales at Baird’s Brewery, including mikan, loquat, fig, blueberry and strawberry. There are also many more.

Sayuri Baird recalls the day about twelve years ago, “Our carpenter from Heda brought us the mikan that he picked from his garden, smiled and said `do you think you can make this into beer?’’

The very first fruit ale they made was “The Carpenter’s Mikan Ale” made with mikan grown by a carpenter from Heda.

Since then, it’s featured as a seasonal ale. 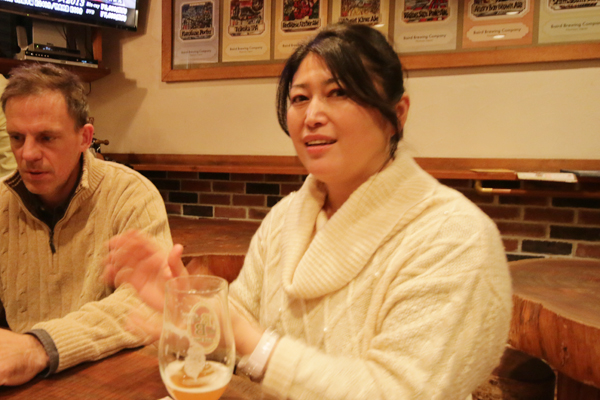 The people at the brewery peel only the surface of the mikan and hand-squeeze the juice. This is the best way or it will taste bitter.

Baird Beer is with dedication to the process of craft beer and commitment to quality and taste.

Many of Baird Beer’s fans visit the Taproom to have a taste of the specialities offered.

Baird Beer is currently made in the factory at Numazu port, but in the beginning they started behind the Taproom as Japan’s smallest beer brewery. They also have locations throughout Japan.

Baird Beer Fishmarket Taproom has been non-smoking from the start.

The beers aren’t cold and taste different from the existing Japanese beer.
The location is a bit far from Numazu station. 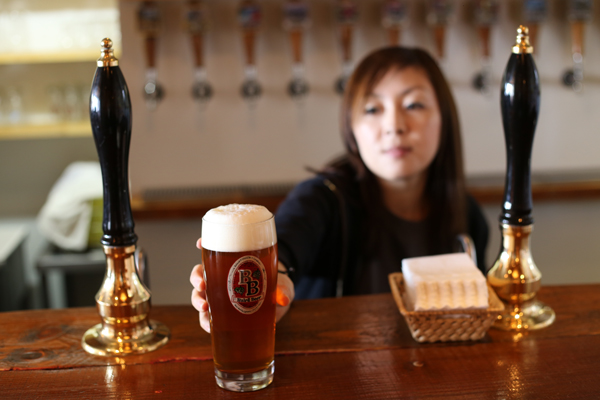 In the beginning, the owners of Baird Beer were willing to do what their craft beer colleagues were not. So the first four years, no one really dealt with them.

But they continued making beer they felt proud of.

And kept sharing their feeling about craft beer with others. Word eventually spread about Baird Beer and people began to follow them.

Everybody likes to share their favorite places their close friends, so lots of interesting people gather at the Taproom.

And there have been happy incidents where people meet, fall in love , and some get married.

“We hope Baird Beer can become part of something special in someone’s life .”

In addition to owners Bryan and Sayuri Baird, there is John Chesen, the managing partner. Bryan and John are good friends from their graduate school in Washington. 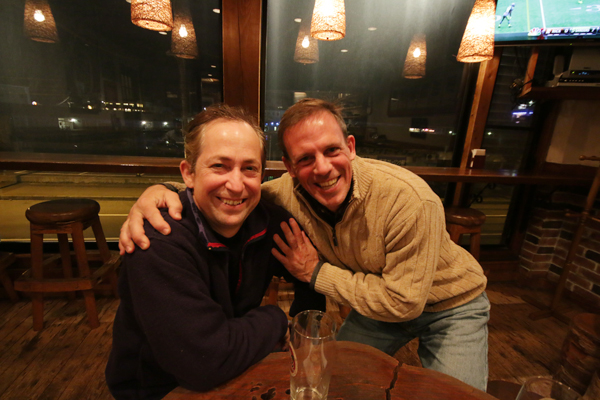 (To the left is John Chesen, To the right is Bryan Baird.)

They went for a drink within the first ten days they met to a famous bar in Washington.

“Maybe Bryan knew he was going to work with beer then already. I would have never imagined it though,” says John playfully.

During graduate school, they both studied in Japan.

After graduation, they worked at the different places.

When Bryan started the brewery business, John supported him financially.
Bryan and Sayuri’s passion for craft beer influenced John and it led to a greater success. 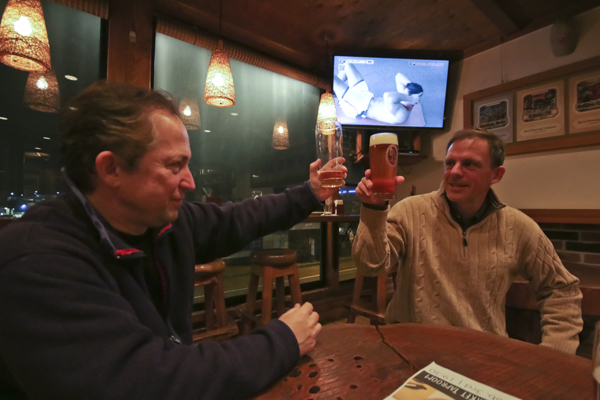 At first John traveled back and forth between Tokyo and Numazu.

Three years ago, he officially became a member of the company and moved to Numazu.

The three haven’t changed these 20 years.

The people who make Baird Beer enjoy their lives and their beer and are good partners.

Whether you are by yourself; wherever you are from; whatever age you are, you can enjoy a great beer.

That is Baird Beer.